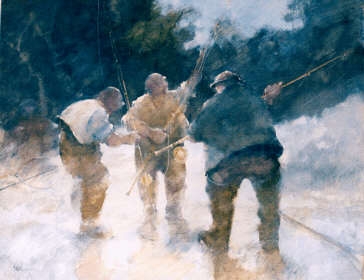 Laurie Williamson was born in 1932 and died in 2017. Although born in Scotland,Lawrie spent his early formative years in Nottinghamshire and Derbyshire. He now lives in Ireland

Much of Laurie Williamson's paintings recall memories of Derbyshire and Nottinghamshire. His paintings contain a combination of rich texture, light and shade creating very atmospheric scenes whether they be of beaches, landscapes or a pub interior.