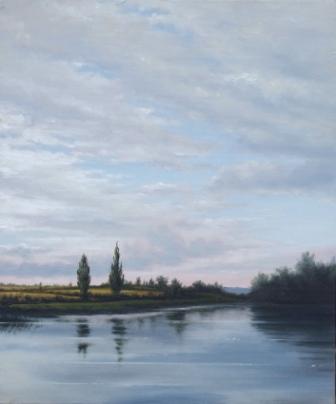 Laurence O'Toole was born in Bray County Wicklow in 1968. He launched his career with a number of solo shows in corporate and public spaces in and around Dublin before moving to the United States. He subsequently held a series of group and solo art shows in California and Arizona with the California Artists Guild and the National group Showing

In 2003, Laurence O'Toole was asked by the organisers of the televised Festival of Arts Competition in Sardinia to represent Ireland. Out of thirty participating European artists, Laurence was awarded 2nd prized and had art works accepted into their permanent art collection.

Today, Laurence O'Toole's concern is with challenging traditional ways in interpreting and framing the many difference landscapes of Ireland. His subtle way of blurring the boundaries between physical and fantasy offers dramatic interpretations of nature and elemental forces.